You are here: Home / Homeownership / Kibanda, Part 2: Negotiating the deal 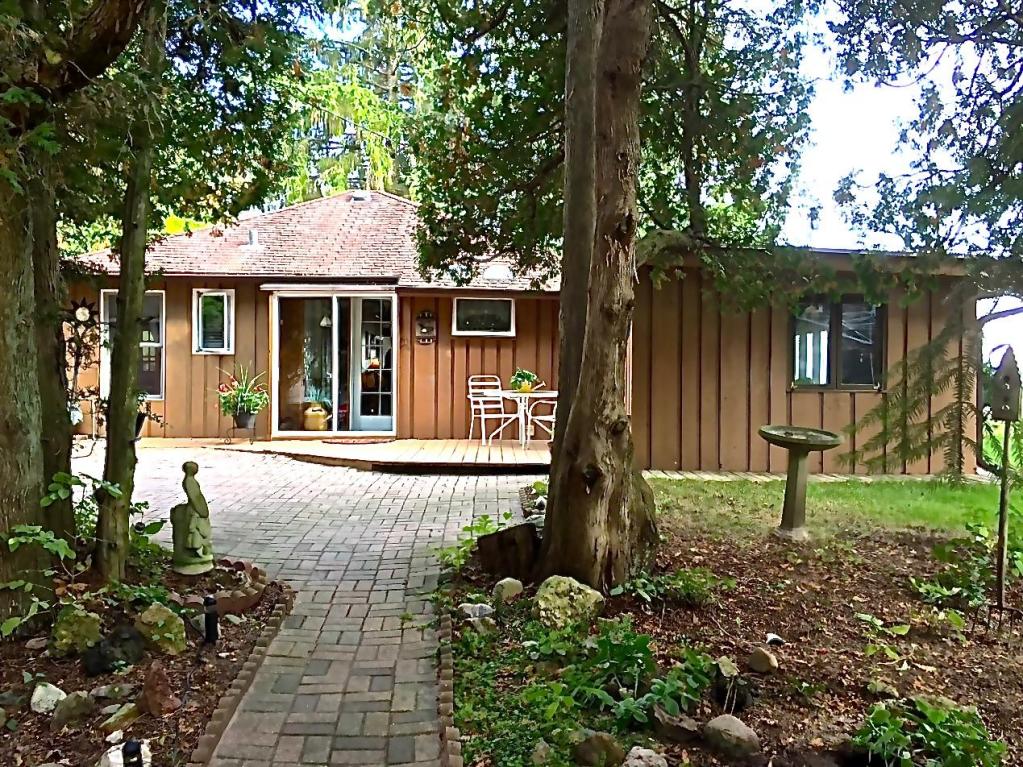 It is interesting. With a beach house, “front door” and “back door” become meaningless. Guess we’ll have to get used to “lake side” and “road side”

Anyway, back to our story. As you recall, Part I ended with…

Lying in bed that night I realized, at the right price, this was a great opportunity for somebody.

Somebody who knew how to do or get done construction work.

Somebody looking for a lucrative part-time job running an Airbnb.

In short, somebody other than me.

The support of friends

Still, it nagged at me. I ran the idea past some friends. They were almost uniformly negative on the idea.

My pal Bill from Maine summed it up like this:

My first reaction to your question is: You’re JL Collins, the guy who doesn’t want to own property. PLUS it’s far away, PLUS you’re not planning to do any of the work yourself, PLUS you have a place to stay, PLUS if you didn’t, you could rent and not have to deal with ANY of the headaches during the off-season, etc.

In case I’m not being clear, I think it’s a bad idea, but funny that you even considered it. Have you read this blog?

HA HA, if this were a reader case I’d be going batshit insane on you right now…

Mr. Money Mustache, who might love owning and renovating buildings more than anyone else on the planet said, just to start…

I really don’t see the point of this beach house…

But really, now. What’s the point of seeking the advice and council of friends if not to ignore it?

Plus, by then, I had remembered Shawn.

It starts to come together

Shawn and his partner, Jolene, attended last year’s Chautauqua in Ecuador. Chautauqua is not only amazing fun, but attendees routinely make great connections with each other that not infrequently lead to interesting projects.

As it happens, Shawn is a real estate investor based in Milwaukee with 62 “doors” (rental units). If anyone knew how to get work done well and affordably it would be Shawn. I called him up.

He was intrigued, excited and reluctant. He offered to come up and look the joint over. The appeal and the potential were immediately obvious, but Shawn was hesitant to over promise. We kicked the idea around. He made a few calls. In the end, what he felt willing and able to do was just enough to make the project work.

Now I had a means to get the construction work underway.

Just about that time, I got a call from my pal Mindy. She works for the real estate investment site Bigger Pockets. “Looks like that place has potential as an Airbnb,” she said. “If you have any interest, I can put you in touch with a friend of mine who manages Airbnbs.” 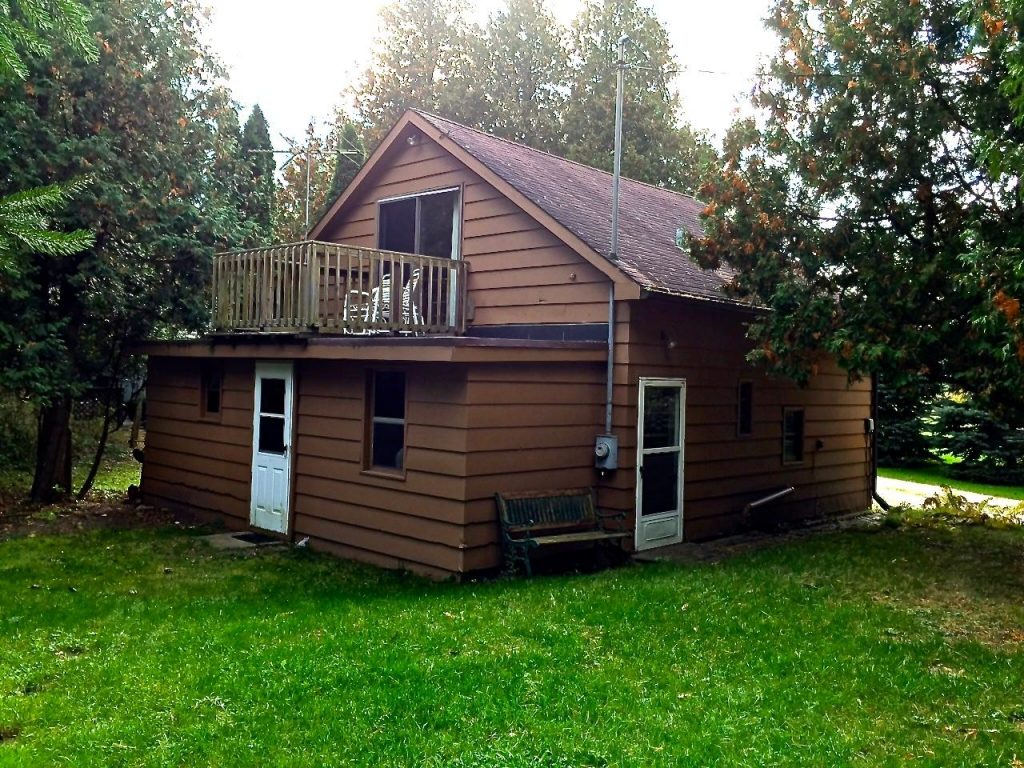 This is the detached garage. The white door on the side opens to a stairway leading up to a loft with a full kitchen. On the first level, immediately to the right, is a full bath. Can you say “Airbnb”?

Next thing you know, I’m having conversations that look like not only can I get this thing producing income without it becoming a part-time job, we might be able to get it up and running in time to capture the 2017 summer season.

Time to get the negotiations underway.

The first step in any planned negotiation is to have a clear idea of what exactly it is that you are about to buy. In this case, here’s what we were looking at:

Mmmm. That reads pretty ugly. Let’s keep our eye on the prize… 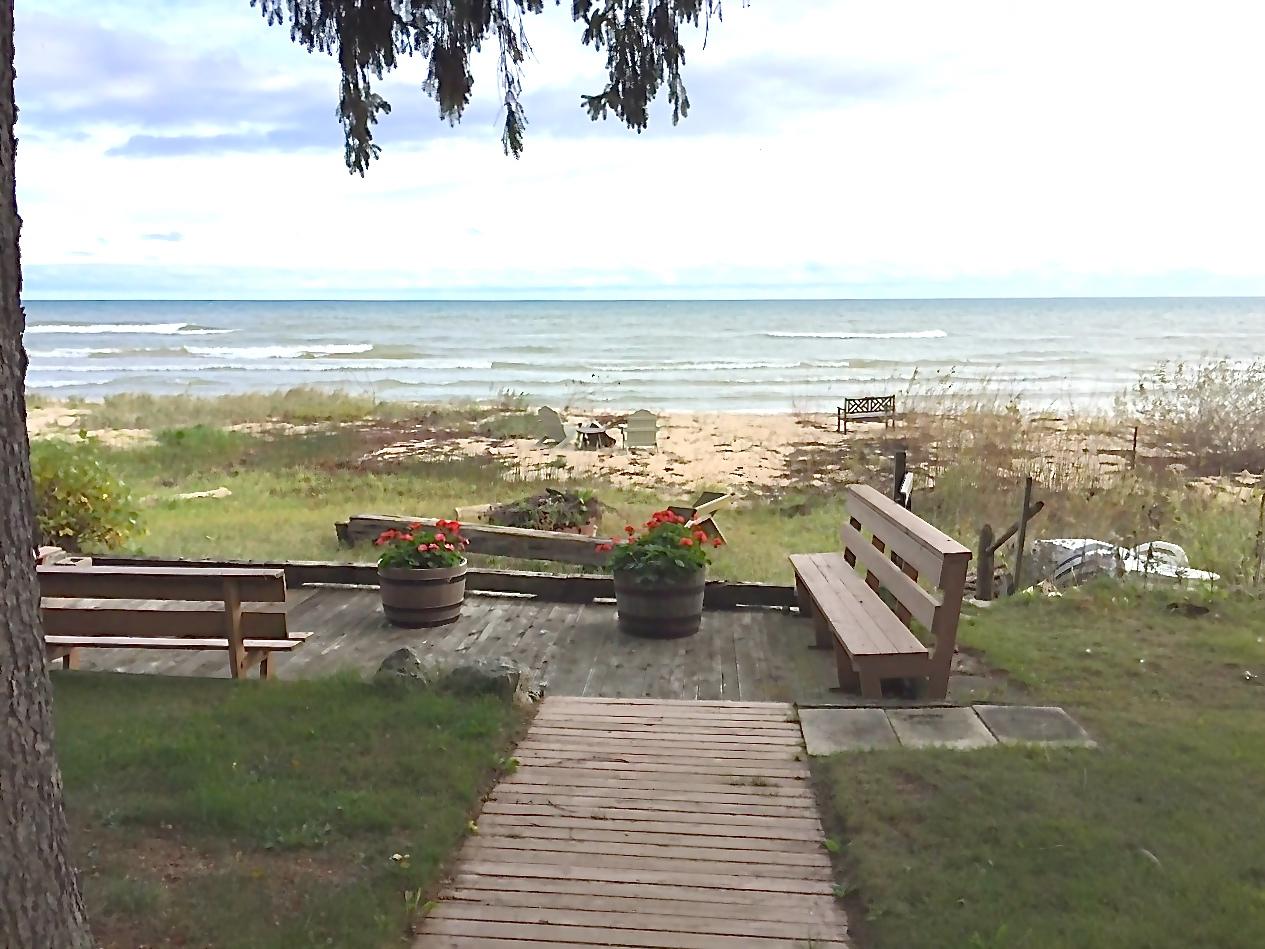 The second step, understand the market:

The third step, understand the sellers:

The fourth step: Try to figure out just how deep a money pit this is going to be. 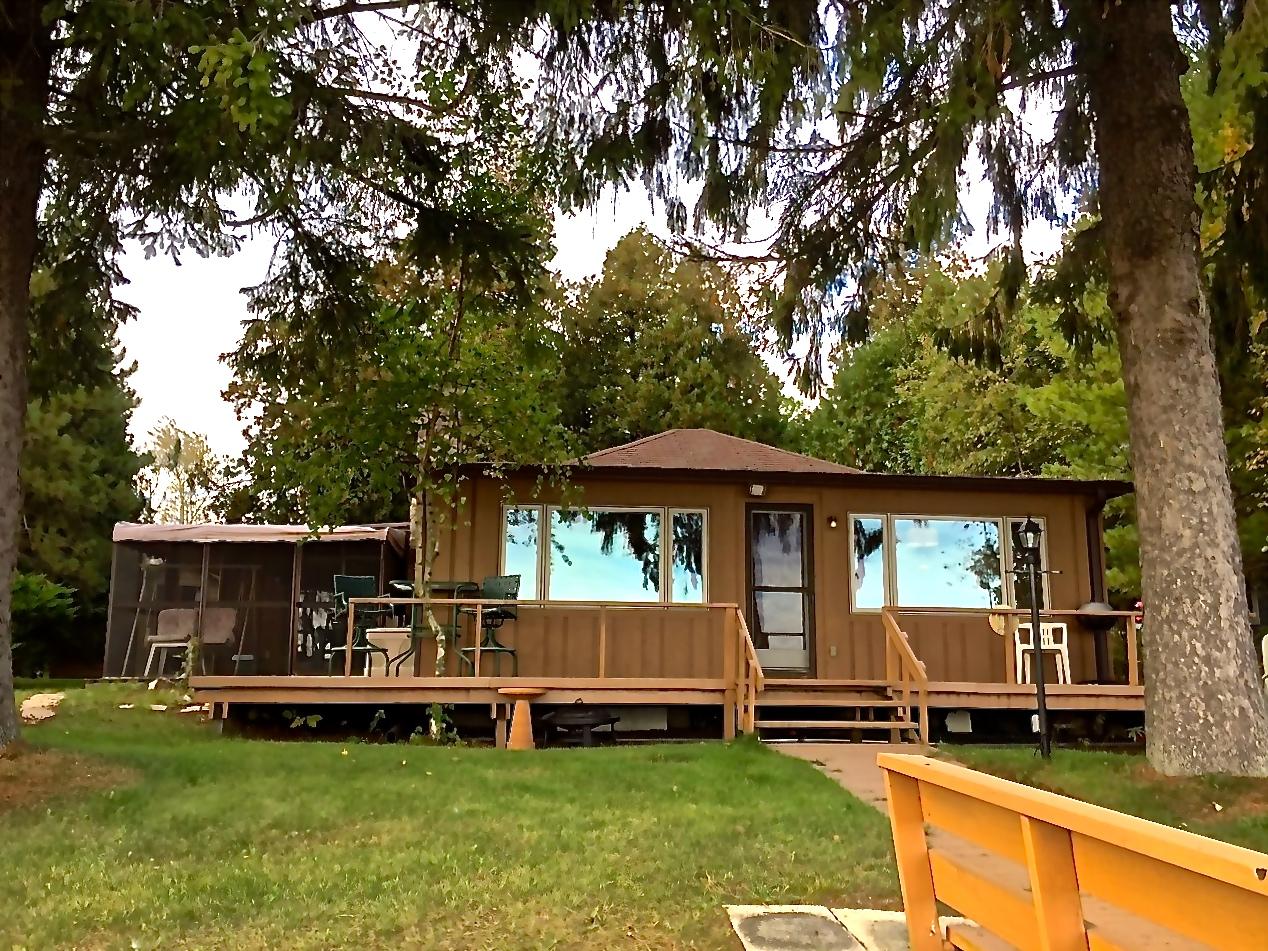 Our own little money pit

We went back to look at it a couple more times. First with Ryan from the engineering firm that provided the foundation estimate and again with Shaun to get his take. A plan began to take shape and, at the right price, this began to look very interesting.

That got our attention and we put in an offer: 225k. My thinking was, as long as the total with repairs comes in under 300k we’re golden. At my high end cost estimate this puts us at 275k. We’re prepared to go to 235k, which takes us to a 285k total, leaving a 15k cushion to 300k in case something in the construction process goes very wrong.

Because I already have a detailed inspection report, septic letter from the county and engineering estimate on the foundation, there is not much need for contingencies. This is important as the 240k offer they previously rejected was loaded with them. The sellers worried, rightly, that it would take months to work thru them and then the buyers still might walk — leaving them to start the process over. From my point of view, I’d be trading less checking for a lower price that will cover any surprises. We are also offering all cash. There might be equally clean competitive offers, but they can be no cleaner.

The sellers counter at $249,900 and we learn there is a second offer on the table. We don’t know what it is, but we are told they received the same counter.

We counter with 231k figuring that might win the day if our competition goes to a rounder 230k bid and I add a couple of inspection contingencies, mostly to give them something to take out.

Then there is silence.

Our deadline for a response comes and goes. Our time in WI is running out. The day before we leave, I call our realtor Mike. Still no response from the sellers, and now there is a third buyer in the game.

In the middle of all this a friend asked if we’d be disappointed if we didn’t get it. My reply:

“We’ll be disappointed if we don’t get it and horrified if we do.”

Disappointed it appears we are destined to be. We load up the jalopy and head on down to southern Ohio to visit our friends Kevin and Lish. That’s him in the green shirt and her in the middle singing The Ballad of Chautauqua at the Horseshoe Lounge…

(They tried to convince me to get up and sing along. You are welcome, and right to be grateful I declined.)

On the road our conversation turns on what might have been. Ah, well.

Then, we got a call from Mike:

–The sellers want to know if you are still interested.

–Sure, but they need to respond to our last offer. We’re not going to chase it.

–Understood. I told them you wouldn’t walk away over a few thousand dollars.

–You probably told them the truth.

Later that evening we’re sitting in Kevin and Lish’s back yard with their parents and neighbors, enjoying the fresh country air and drinking some adult beverages, when my phone rings.

Ordinarily, I don’t answer my phone when I am talking to real, actual people. But I saw this one from Mike and excused myself.

–I sent their counter in an email, but I wanted to let you know they removed the contingencies and are now at 235k.

–Interesting. Let me think it over and get back to you tomorrow.

As you’ll recall, 235K was our target number and the contingencies were there to be removed, and so I hung up figuring we were gonna buy the place. But it is always a good idea to sleep on it and to discuss it with your spouse in the morning, especially when you’ve been drinking adult beverages.

The next day we agreed to the price and terms, and moved from disappointed to horrified.

*Interestingly, just this week we met our neighbor to the north over the phone. Turns out she is good friends with the 91-year-old woman who lived there. Seems it was her call to sell the place to us. Apparently, she liked the idea we were going give it some love and to fix it up. You never know.

Nobody is going to enjoy it more than this guy… 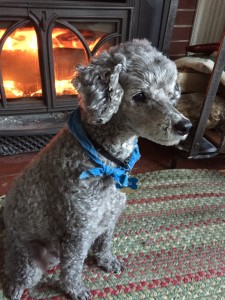 …but he’s not the real reason we bought the place. Stay tuned for that reveal.

Next time, we’ll run the numbers and then take a look at the plan and what could go horribly wrong.

Before we ever saw this house, we planned to give up our apartment and hit the road. So we are moving on, but…

Buying this house, implementing our plans for it and organizing the pending move has kept us stupid busy this summer. But next week we head to…

This is going to be the first time ever we’ve had a Chautauqua outside of Ecuador and with what Alan and Katie have pulled together it is going to be epic. I can’t wait!

Sorry, this one has long been sold out. But we have very cool plans for 2018 coming!

A while back I had a blast with Brad & Jon on their podcast Choose FI. So we did another: 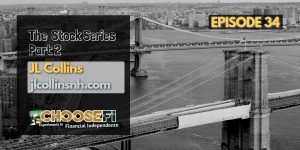 and their follow-up conversation about it

For you travelers out there, here’s cool game created by my pal Malachi… 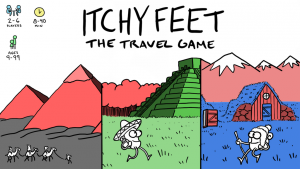 One of my personal favorite cartoons…. 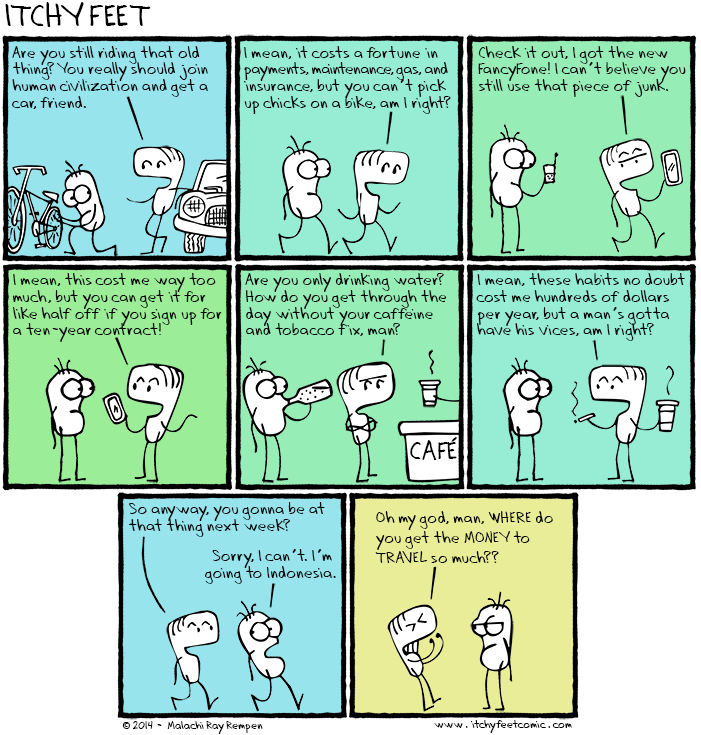 From my pal Tom, two wonderful little stories from his life in rural France:

1.5 minutes to another universe

learning how to write and Morrocco

I have a layman’s interest in physics. The problem is, I am not quite smart enough. Close, but not quite. So in my reading on the subject I always seem to come up just short of really understanding. If this sounds like you, here’s our book! Chapter 13 was my favorite.

And, of course, my own work is now available as an….

« Time Machine and the future returns for stocks
Stocks — Part XXXI: Too hot. Too cold. Not pure enough. »