You are here: Home / Money / Stocks — Part XXIV: RMDs, the ugly surprise at the end of the tax-deferred rainbow 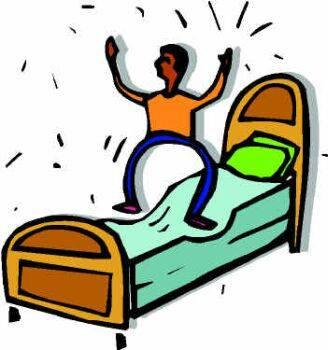 Illustration courtesy of The Hindu

Someday, if all goes well and you haven’t already, you’ll wake up to find you’ve reached the ripe old age of 70 1/2*. Hopefully in good health, you’ll rise from bed, stretch and greet the new day happy to be alive. You’ve worked hard, saved and invested, and now are  contentedly wealthy and secure. Since you’ve diligently maxed out your tax-advantaged accounts, much of that wealth might well be in those, tax deferred for all these years. On this day, if you haven’t already, you’ll begin to fully appreciate the “deferred” part of that phrase. Because your Uncle Sam is waiting for his cut and he figures he’s waited long enough.

Except for the Roth IRA, all of the tax-advantaged buckets discussed in Part VIII of this series have RMDs (required minimum distributions) as part of the deal and these begin at age 70 1/2. This includes Roth 401k and 403(b) plans. Those you can and should roll into your Roth IRA the moment you get a chance anyway.

Basically this is the Feds saying “OK.  We’ve been patient but now, pay us our money!”  Fair enough.  But for the readers of this blog who are building wealth over the decades, there may well be a very large amount of money in these accounts when the time comes. Pulling it out in the required amounts on the government’s time schedule could easily push us into the very highest tax brackets.

Make no mistake, once you reach 70 1/2 these withdrawals from your IRAs, 401Ks, 403(b)s and the like are no longer optional. Fail to take your full distribution and you’ll be hit with a 50% penalty. Fail to withdraw enough and the government will take 50% of however much your short fall is. That’s right, they will take half of your money. This is not something you want to overlook.

The good news is that if you hold your accounts with a company like Vanguard, they will make setting up and taking these distributions easy and automatic, if not painless. They will calculate the correct amount and transfer it to your bank, money market, taxable fund or just about anyplace else you chose and on the schedule you chose. Just be sure to get the full RMD required each year out of the tax-advantaged account on time.

Just how bad a hit will this be? Well, there are any number of calculators on-line and you can plug-in your exact numbers for an accurate read of your situation. Vanguard has their own, but so do companies like Fidelity and T. Rowe Price. To give you an idea of what the damage might look like, I plugged into Fidelity’s to provide the following example.

The good news is that even with these substantial withdrawals, the total of our account will continue to grow. Of course, as we’ve discussed before, these are estimated projections. The market might do better or worse than 8% and it most certainly won’t deliver 8% reliably each year on schedule.

The bad news is, not only do we have to pay tax on these withdrawals, the amounts could push us into a higher tax bracket. Or two. This, of course, will depend on how much income you have rolling in from your other investments, social security, pensions and the like.

To give you a frame of reference, here are the tax brackets for 2014:

Based on this we can see that, even with no other income, by age 90 our taxpayer’s RMD of $154,719 will put him in the 28% tax bracket even without considering any other income.

And that’s based on starting with only $1,000,000. Many readers applying the principles on this blog and starting in their 20s, 30s, 40s and maybe even 50s can easily expect to have several multiples of that by the time they reach 70 1/2.

Something important to note here, and that confuses many people, is that this doesn’t mean he pays 28% of the full $154,719 in taxes. Rather he pays 28% only on the amount over the $148,850 threshold of the bracket. The rest is taxed at the lower brackets on down. Should his other income bump him over the $226,850 threshold for the 33% bracket by, say, one dollar, he will only pay 33% in tax on that one dollar.

Of course, if you think of the RMD as the last money added, that is the money taxed at the highest rate. For instance, if he has $73,800 in other income, taking him right up to the 25% bracket line, any amount of RMD will be taxed at 25% or more. 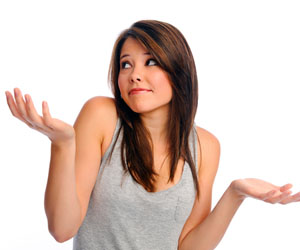 So is there anything to be done?

Assuming when you retire your tax bracket drops, you have a window of opportunity between that moment and age 70 1/2.  Let’s consider the example of a couple who retires at 60 years old, using the numbers above. They have a 10 year window until 70 1/2 to reduce their 401k/IRA holdings. They are married and filing jointly. For 2014:

If their income is below this $94,100 they might seriously consider moving the difference out of their IRA and/or 401k and taking the 15% tax hit.  15% is a very low rate and worth locking in, especially if 10 years from now their tax bracket could be twice that or more.  True they lose the money they pay in taxes and what it could have earned (as we saw with the Roth v. deductible IRA discussion in Part VIII), but we are now only talking about ten years instead of decades of lost growth.

So, if they have $50,000 in taxable income they could withdraw $43,700. They could put it in their Roth, their ordinary bucket investments or just spend it. Rolling it into a Roth would be my suggestion and is in fact what I am personally doing.

You don’t have to wait until you are 60 or even until you are fully retired to do this. Anytime you step away from paid work and your income drops, this is a strategy to consider. Especially if you find yourself in the 0%-10% tax brackets. This is a variation of the Roth Conversion Ladder the Mad Fientist shared with us in Part XX. However, remember the further away from age 70 1/2 you are, the more time you give up during which any money you pay in tax today could have been earning for you over the years.

There is no one solution. If as you approach age 70 1/2, your 401k/IRA amounts are low, you can just leave them alone. If they are very high however, starting to pull them out even at a 25% tax bracket might make sense. The key is to be aware of this looming required minimum distribution hit so you can take it on your own terms.

One final note. We’ve touched a bit on tax laws in this post. While the numbers and information is current as of 2014, should you be reading this a few years after publication, they are sure to have changed. The basic principles should hold up for some time, but be sure to look up the specific numbers that are applicable for the year in which you are reading.

In the comments below, Kenneth points out that Roth 401k and 403(b) plans DO have RMDs, unlike Roth IRAs. The solution is to roll your Roth 401k into your Roth IRA as soon as the opportunity presents itself. One more, of many, reasons to move from your employer based plans as soon as you are able.

Also in the comments, Mr. Frugalwoods wonders if there isn’t a charitable giving option/solution to dealing with RMDs. How to Give Like a Billionaire

Here are a couple of great related posts from Go Curry Cracker:

Reader Sean points out in the comments an exception to the age requirement, and his explanation is much clearer than the IRS FAQ he cites as his source:

Hi Mr. Collins – just thought I would point out that there is a way to defer taking RMDs out of your employer’s 401(k) plan.

The IRS code allows someone who is over 70.5 to defer taking RMDs if he or she is not a 5% (or greater) owner of the employer and still a current employee. Note that the plan’s legal document must allow for this (it is an employer option to write this into the plan’s legal document, and most do this – but it is always good to check with this much money, taxes, and a potential for 50% penalty on the line.)

So if you continue to work for an employer past age 70.5, and you have no ownership in the employer, you could choose not to have these withdrawals, if you plan allows.

So theoretically, this could open up the possibility of rolling over all of your tax deferred monies into that employer’s plan, and continue to work, and defer RMDs into the future…

For more on tax advantaged plans and working past age 70.5, check out this conversation with SwordGuy.