Part II:  The Limits of the Law

Here’s what YP had been doing.

He had acquired the building with bank financing and gutted it.  Maybe at this point he really planned a real project. Attractive literature had been prepared showing floor plans and images of the finished units.  He carved out a sales office on the first floor and within a month had sold all 58 apartments.  They were due for completion and closing beginning in April and running thru August.  The market was red-hot.

Now I’ll never know if this was by design or incompetence, but when the first few units were due for delivery they weren’t ready.  Buyers were pissed.  They demanded their money back.  YP cheerfully refunded it, and then he promptly resold the apartments for 15% more than before.  Prices were rising that fast.

The bank was still happy and he must have been thrilled.  The cash was rolling in and he didn’t have to actually sell the places, or do the work of finishing them.

Planned or not, it became his standard operating procedure (SOP).  This is why he was so willing, eager even, to offer me my money back right into September.  But what he didn’t know then, none of us did, was that the Chicago condo market was starting to tank.  Big time and fast.  Just as he was refunding deposit after deposit to buyers smarter than I.

it was about to go off a cliff

So a few days later, in Wayne’s office, I was raving and I was in for a harsh lesson in legal realities.

“I want to sue this miserable, smug little bastard,” I said.

“I want to crush him.  I want to leave him penniless.  I want his future children sold into slavery.”

Wayne waited and watched me slowly get a grip.

Wayne was my lawyer and a couple of decades my senior.  Considerably wiser.  So he just listened patiently without comment.  He waited till my venting was done and I settled back into my chair.  He had his secretary bring me a nice cup of soothing tea.  Then he calmly spoke. 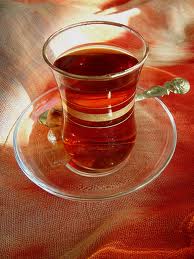 a nice soothing cup of tea

“Jim,” he said, “you are my client and as such I will do whatever you tell me to do.  However, before you decide there are a couple of things I feel compelled to share with you.

“As justified as you think…,” he caught my glare, “…as you clearly are, if this goes to court there are no guarantees.  YP will present his case and we will present ours.  Both will seem reasonable to the judge and he’s not going to spend much time on a $5000 issue.  In all likelihood, he’ll decide to split the difference and award you $2500.

“Now please understand, winning this award is not the same as collecting it.  If this YP is as sleazy as you say, you’ll never see a dime.

“Then, too, the ruling could go against us.  You’d get nothing.

“Oh, and you should know my fee to take it down this uncertain path will be $2500.  Win or lose.  So, if you win and collect you’ll have just enough to pay me.  If not…

“As I said before, you are the client and if you so instruct me I’ll begin the suit.  But I can’t, in good conscious, recommend this course of action.”

“I guess,” I said, indignant and self righteous, “there really is no justice in the law.”

Wayne advised me to keep pushing to get the apartment finished and he wrote a nicely threatening legal letter to YP to encourage his cooperation.

YP’s cooperation certainly improved but our letter had little to do with it.  He had payments due to the bank.  With the new flow of deposits dried up he now needed to close on these apartments to get the balance due.  He desperately needed cash.   He needed my remaining 40k, and that lead him to his first major mistake.

He agreed to let me move in before we had actually closed.

The power had shifted.  The apartment by now was substantially done.  There were a couple dozen or so minor things that need finishing but nothing that made it unlivable, or even uncomfortable.   I produced a detailed check list of  remaining jobs.  We set a closing date.

me and my checklist

The day before closing, I reviewed my list.  Crossed off the things they’d gotten done and canceled the closing.

We set another closing date. More things on my list got done.  But more remained.  I canceled again the day before.  “Nobody wants to close more than me,” I’d say, perhaps lacking in sincerity, ” but the work is not yet complete.”

This went on for weeks as my apartment grew ever closer to perfection, and I continued living rent and mortgage free.

Now it’s important to understand, I never refused to close.  That would have been unreasonable and might have gotten me evicted.  In fact, I agreed readily to every proposed closing date YP suggested.  With, of course, the caveat that the items on my now infamous list be completed to my satisfaction. Each time, his crew would get a couple done and each time I’d cancel the closing because the list wasn’t finished.

Even Wayne, my lawyer, started to pester me.  “Jim,” he said, “you can’t keep canceling these closings.  The law says when the place is substantially finished, and clearly it is, you are required to close.”

Can you guess what I told him?  That’s right.

Part III:  The Battle is Joined