You are here: Home / Cars and motorcycles / Car Talk: An update on Steve and looking at Leafs 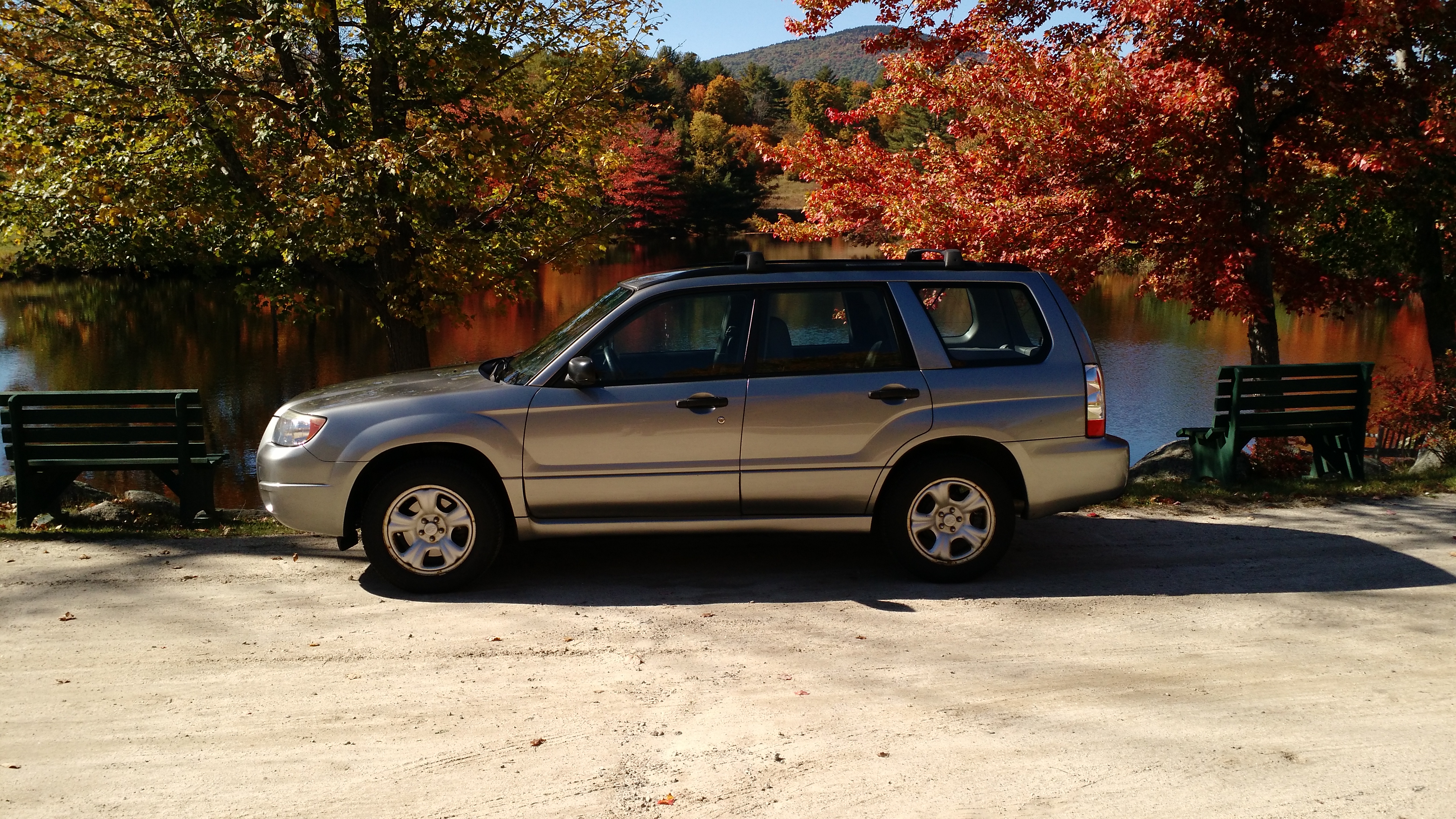 On this Thanksgiving Day one of the things I am grateful for is our trusty 2007 Forester, Steve.

I last wrote about Steve a couple of years back, and in that post I tell the story of his awkward name. At the end I invited you to tell me about your rides and your cool stories about them. On this easy holiday weekend I thought I’d update you on Steve and invite you to update us all if you commented on the original post or, if not, to tell your cool car story now.

Back in 2016, and for the few years before, Steve was living the easy life. We had an apartment in the city, were walking distance to lots of stuff and he mostly got used on relaxed road trips. Life was a blissful 5-7000 miles a year.

Shortly after I wrote that post, he went in for his 120,000 mile spa treatment. Fresh plugs and filters, and all his fluids flushed and replaced right down to the differential. He is going in for the 150,000 mile version in a couple of weeks. He seems very excited.

In the spring of 2017, we took a road trip to Shamba. This was the same visit during which we, to our great surprise, bought our beach shack Kibanda. Maybe Steve knew what was coming, because his life was about to get much more active.

On arrival, I noticed a puddle of oil under his engine bay. Poor Steve had sprung a leak and, worse, he was down 2.5 quarts of oil. The poor guy only holds 4.

A new oil pressure sensor got his leak patched and we brought his oil back up to par.

Feeling bad, we treated him to new tires and struts a month later and, a month after that a nice fresh oil change at 125,000 miles. We’d been holding our breath, afraid the oil leak and low level had damaged his engine, but all seemed fine.

In the fall we returned to Wisconsin to begin sorting out this beach shack we’d bought and making sure it would survive the winter. One fine November day, I decided to check Steve’s oil level. I’m not sure why.

Steve has never used oil between his 5000 mile oil changes and I was long out of the habit of checking it. He doesn’t blow smoke and had left no further puddles on the floor, something I had begun compulsively checking.

But on this day, I did. There was none on the dipstick. This is bad. Potentially very bad. It took 2.5 quarts to bring it up to proper levels. He had 130,613 miles on the clock.

Now we check it faithfully and I have a new column in his spreadsheet just for oil additions. These days he seems to go thru about a quart every thousand miles. Sometimes a bit more, sometimes a bit less. The odd thing is, he is still not blowing smoke and shows no signs of further leaks. No telling where to or why it is disappearing. Maybe he is just protesting his harder, rural life. He’ll have gone 20,000 miles by the time this year is done. Quite a change from the 5-7000 he’d gotten used to.

A bit of a change for us as well. When he was racking up mileage slowly and oil tight, we figured he’d last for years. But at this pace, the old guy might be entering his final scenes. I can relate.

So what to do?

Well, we could just replace him. The newer Foresters are well regarded and that would be our choice. But we are attached to the old guy and, frankly curious as to just how long he can go.

A second, more fuel efficient, car might make sense and I have been considering one of these: 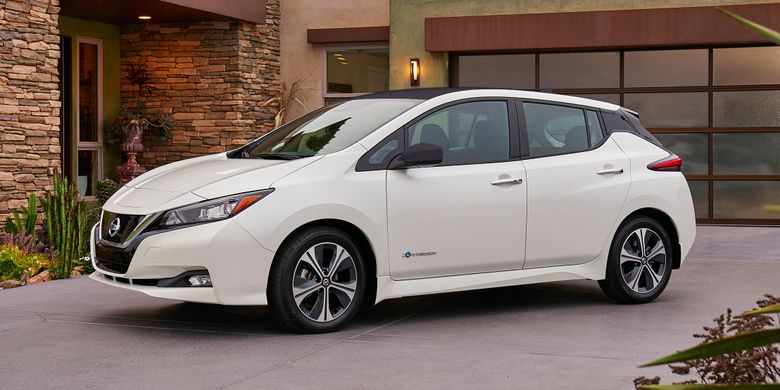 The Leaf is an all electric car and in many ways perfect for our needs. Plus, I like the idea and simplicity of an electric car. About all they need in servicing is 7500 mile tire rotations, and the cabin air filter and brake fluid changed every few years.

With Kibanda we have a detached garage with electric and, oddly, it is on a separate meter. Each month we get a separate bill and each month we use ~$2 worth of juice. And, each month, they charge us the $18 minimum. The first $16 worth of charging the Leaf would be free. Well, not free, but paid for already and anyway. So, free.

While we are driving a lot more miles these days, being out in the middle of nowhere, these miles are being accumulated in 40-60 mile-a-day chunks. The kind of miles that would be perfect for a Leaf. The biggest knock on the early generation Leafs (leaves?) is their short range of 70-80 miles. But that, along with fairly long recharge times, is what makes them unpopular (read cheap) used cars.

So why don’t I have a Leaf already?

Of course, a Prius or similar hybrid would solve those issues; in many ways an ideal solution. Except, the idea of carting around both a gas engine and electric motors just runs against my simple grain. If I’m going without gas, I’d like the full electric experience.

So keep running Steve hard and replace him when the end is near, or give him a break and let a younger more efficient electric companion come to his aid?

Your thoughts on this and stories of your own vehicle(s) are welcome.

From the comments below, turns out Dave’s assessment…

“…the head gaskets develop leaks at the bottom edge of the cylinders. Depending on the advancement of the leak, oil and/or coolant will leak out of the engine, into the combustion chamber where it’s burned off…”

…was exactly the problem. The shop called Friday to say they’d found the leaking gasket and oil on the plugs on that side.

New gaskets going on both sides and Steve should be good to go, with hopefully no long-term damage done. 🙂

An ode to the early gen Foresters

Not sure why this should surprise me, but many of the comments so far have been about the Leaf from those who own one. That’s great and, as I am considering buying one myself, it leads me to ask the following questions:

Also, I’d be very interested in hearing from anyone who has a Leaf with very high mileage.

Doug Nordman of The Military Guide, Jane and myself were interviewed for this episode of the What’s Up Next podcast:

How to Raise Financially Responsible Children