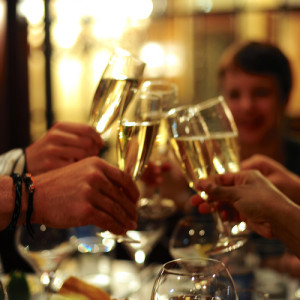 In Case Study #4 we looked at reader EmJay’s potential transition from a current corporate career into a new life funded in part by his financial independence. A family man at age 48 and with 2.6 million in net worth, the conclusion was he easily had the resources to chart and enjoy this next, freer stage in his journey.

The longer I write this blog the more I am struck with the incredible range and diversity of the readers here. Very much as with the Chautauqua attendees described in A Week of Dreams.

This range is on best display in the comments, where readers ask questions and exchange ideas with me and each-other. For my money, some of the most interesting information is to be found in these conversations. The questions expand and clarify the topics the posts introduce.

But be that as it may, I am also aware that many blog readers skip reading this material all together. It is for this reason I occasionally move especially striking comment dialogs into the post as addendum. And it is how this follow-up Case Study came to be.

Not surprisingly, for those readers just starting their own financial journeys, there is a keen interest in what the path from Zero to 2.6 million in 25 short years actually looks like.

Reader Tom asked exactly that in Case Study #4’s comments and EmJay graciously provided a detailed reply. What is striking to me is how ordinary this path is.

Certainly EmJay and his wife had successful careers. But they also started out with quite modest incomes, elected give up one of those incomes to have a stay-at-home spouse once their son was born and there is a failed business venture in the mix. Yet, in the end, the results are very impressive.

So why is EmJay a multi-millionaire when just a few years ago the news programs were clogged with stories of other manager and executives a few short months from losing their houses? Here’s what jumped out at me:

That’s my take, anyway. Here’s what they both had to say in their own words. My editing reflects only formatting. Enjoy! 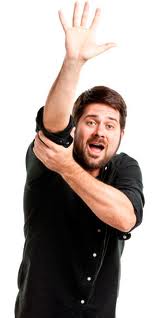 This is actually not Tom.

Thanks again for a great post! I stumbled across your blog earlier this summer and have spent the last few months catching up from the beginning, now if I could only get my parents and girlfriend to read the stock series!!

Question for you and any other readers for that matter.

I believe I’m one of the fairly younger readers here (25) and recently have gotten very serious about savings, cutting expenses as well as building my income (from work & recently, in 2013, attempting to find other ways – investing, etc.) As I have begun to do this, its apparent I missed out on a few things those initial years of working, maxing out 401K, investing my excess cash instead of letting it sit in a bank account, etc. With that in mind, I have made it a serious goal to grow my income as fast as possible, so the compounding effects will be felt later on.

Through the course of your career, what is the level in which you achieved that income that would were satisfied, and knew could bring you to this end result? Based on your net worth it seems like you may have been making that salary over 100K for quite some time. Is this a level that you have just built up to over the course of your career? Or were there times that it was higher and you have adjusted/switched positions for lower salary as you became closer to FI?

I think this may be an interesting topic to look into and could greatly benefit the younger readers — What should be the typical growth of salary year by year (for your main source of income) to achieve these goals? Are we on the right track?

And this is not actually EmJay.

If you are getting a start on developing a lot of the good habits identified on this and other similar forums at the age of 25, you are off to a good start and well ahead of most of your peers. You’ll also be well ahead of my schedule.

I’d say the only thing that I did right in the early stages of my career is put money in company 401K’s. I didn’t really get serious and smart about our investments until I was approaching 30.

If I would have had an information source and community such as this in my mid-20’s, I can only imagine how much earlier we would have achieved Financial Independence. There were definitely mistakes made along the journey.

You pose an interesting question. The most complete way that I can think of answering it is by walking you through my financial journey and some of the milestones along the way.

The vast majority of my career has been spent working in Corporate America and it has been a pretty steady and stable upward trajectory in my salary. Here’s an overview of my income and savings trajectory (to the best of my memory) starting with my first job out of college:

– I generally started with zero savings coming out of college but also had zero debt. My wife started an IRA while in college and also finished school without any debt. Major kudos to both sets of parents for helping us to get started without a mountain of debt.

My starting salary in my first job was $22K. (FYI – Based on an online inflation calendar that would be roughly equivalent to $43K in today’s dollars). Assume 4-7% annual salary increases until the next big job change. Started putting money into 401K right away.

Changed jobs/industries and my new salary was in the low $50’s plus a bonus plan.

(30’ish years old): Living together and then marriage, becoming DINK’ers (Double Income No Kids). Between both salaries, surpassing $100K for the first time.

We were saving about 40-50% of our joint take home pay while also contributing to 401K’s up to at least the company matching amount.

This was the time period where I ramped up my knowledge on investing. We started with a financial advisor for a year or two. After further educating myself on investing and realizing how much we were paying in fees and commissions, we ended our relationship with the advisor and decided we could do better on our own.

We also bought our first home for $180K. Started investing in Vanguard mutual funds around this time.

Have first child. After working a part-time schedule for a year or two, my wife decides to be a full-time Mom. Back to living on one salary. My stand alone salary is in the low $90’s. Also start investing in 529 Plan.

This is about the time that my salary cracks $100K for the first time; saving rate of 30-35%; also start maxing out 401K each year based on govt. limits.

First time that portfolio cracks $1,000,000. This is probably the first time that I’m thinking, WOW, I might be able to take an early exit from the work rat race if we can keep this up.

Decide to pursue an Entrepreneurial opportunity. Make approximately $25k and zero savings during this time period. The opportunity didn’t work out as planned but no regrets in trying.

Sell first house for $490K (the house we purchased 10 years earlier for $180K). Buy new home in the $500’s. Re-enter Corporate America with a salary of $120K; we continue on the one salary. I see annual increases in salary of 5% on average leading up to the present day.

The dark days of the market. Our portfolio is roughly cut in half during this time period. I stay the investing course, do not withdraw from the market and continue with auto-investing into Vanguard Funds and 529 Plan each month. (jlc–emphasis mine)

Salary in the $160K range. Continue maxing out 401K and investing approx 30% of take home pay; wife has picked up some part-time work the past few years which pays peanuts but she enjoys it. The equivalent of all her income goes into an IRA for investment and tax deduction purposes. Also re-financed the home mortgage a couple of times over the past seven years.

Throughout the course of my career, bonuses and stock options probably contributed another $200K of after tax income. I believe it is important to disclose this for a complete picture of our journey and some things that made our present day situation possible. Aside from using some of this income for home remodeling projects, the majority went directly into Savings.

Mistakes made along the way:

Things we did right along the way:

I’m not sure if it was an article here on Jim’s website (jlc–Yep: The Simple Path to Wealth, one of my earliest.) or another but somewhere along the way, I read that rule #1 on the path to Financial Independence is (assuming one marries) to make sure you pick a spouse with similar financial views. My wife and I have always shared similar values and beliefs when it comes to finances and our journey has been a true team effort. 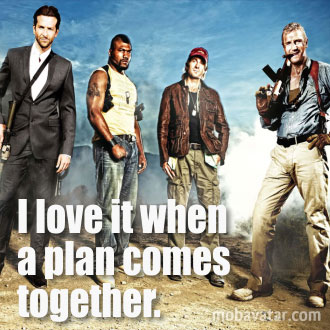 We don’t lead a Spartan life by any means. We have a nice home, drive two cars, pay for Cable TV, have a calling/data plan that is more expensive than it should be, have some expensive hobbies/interests, etc.

But, we also have some frugal spending habits and have saved at a fairly good rate. There is no question that we can and will reduce our spending habits. I applaud those folks that are able to save 50-75% of their earnings, keep their expenses way down and achieve Financial Independence even earlier in life.

We took a less extreme path along the way than some others but have still been able to achieve a level of Financial Freedom that a majority of Americans will never achieve. I guess my point is that there are different ways in getting there and now you have a better picture of our journey.

Addendum: Can Everybody Really Retire a Millionaire?