You are here: Home / Homeownership / Storage, Moving and Movers

Despite what felt like a relentless and merciless disposal of our stuff, our new apartment is overflowing. We’ve rented a storage locker.

The snow tires were the first thing to go in, but only because the space was there. My pal David had offered them sanctuary at his place. Kind of him and were they the only things I had, his place is where they’d be. But since I have the locker, now I don’t have to impose on him. Not that he’d mind.

Shortly there after, I moved the first set of boxes over to it. Due to the diligent efforts of Mrs. jlcollinsnh, there is now a new 2nd set stacked and ready to go. I suppose if we’d planned better we could have saved a bunch of effort and had the movers take this stuff directly to the locker. But there’s nothing like having everything in the apartment to decide what can better be elsewhere.

Once what’s going is all there, we’ll take an inventory and decide if it’s really worth the cost of storing. One of my fears is we’ll tuck it away at $60 a month only to revisit it three years and $2160 later and say –What did we keep all this crap for?

For now, I’m thinking of it as the spare room I wish the apartment had and from which we’ll rotate things in and out as needed.

While it took a whole lot of work and a surprising amount of time, our move went remarkably smoothly. The credit goes to ace-mover Roger and his helper, James. They were a pleasure to have around and worked diligently the entire time, a key consideration when you are paying by the hour. Agreeing on an hourly rate always carries the risk of paying for slow foot-dragging work.

In selecting these guys we took a bit of a gamble. Instead of going with a big “name brand” we chose Roger, a very small one-man operation. For extra help he pulls in his step-son and/or a pal or two as needed for the job. James in this case.

The gamble came in that, of course, Roger doesn’t have the reputation of a more established operation or the resources should something go awry. On the other hand, I knew he’d be the guy actually doing the work. He wasn’t just the salesman-face that would then pass the actual labor off to workers I’d not meet until they showed up at the door. I liked being able to take his measure directly. Plus I like the idea of giving my business to a small company right in my community.

Sealing the deal, he first came to my attention having been highly recommended by the consignment shop where we placed some stuff for sale. Oh, and he was a lot less expensive.

The last time I moved was thirteen years ago in 2000.  We had been living in a lovely old century home in Lakewood, OH for the 15 previous years. I had taken a job here in New Hampshire and part of the deal was a relocation package that included the cost of moving. The only effort this took on our part was interviewing a few major inter-state moving companies, selecting one and whistling them in. Well dressed and well spoken fellows came by to explain why their operations were the ones best suited to our needs. Once our selection was made, we never saw them again.

When the time came, three very pleasant women arrived at the door. They did all the packing over a couple of days. Then, early on the appointed moving day, two young guys showed up with the moving van. Over the course of the next eight or nine hours they loaded our house-full of stuff into the van. Since we were moving from one house to another, and since somebody else was paying for it, we moved everything.

Once the house stood empty, I sat quietly on the dinning room window seat remembering the first time we saw the place and the good times we’d enjoyed there. Ordinarily, I’m not a very sentimental fellow. But it was a sad and bitter-sweet moment. 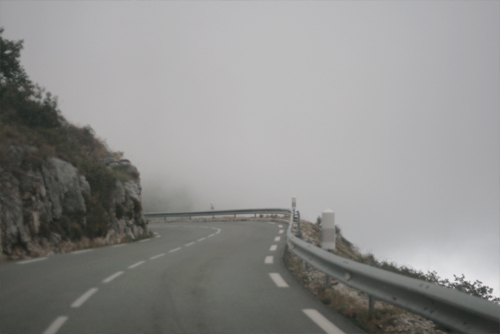 A dark, twisting, sleeting and foggy introduction to New Hampshire.

The drive to our new home took us about ten hours, the last few over the Green Mountains in Vermont and onto Route 101 in New Hampshire come late evening. This is a beautiful road on a sunny day, and I know it very well now. But in February at the time it was dark, twisting and fog shrouded. Sleeting, too.  I was dog tired by the time we reached it and I still remember it as the scariest drive of my life.

The next morning the same two guys arrived with the truck, having driven all night along that same route. If it was tiring for me in the car, it was exhausting to them in that huge moving van. They then spent eight hours or so unloading. Toward the end they were dragging, slow and irritable. No surprise given the lack of sleep and the hours they’d been working.

Why they put themselves thru such an ordeal, I don’t know. My only guess is the company’s policies were arranged in such a fashion as to reward them for it. But for us, good guys though they were, it made for an unpleasant and sloppy end to the move. I’ve been cautious of big company movers since.

So, when the time for this move presented itself, I interviewed one mid-sized mover and the two small outfits the consignment shop had recommended. The mid-sized company sent a rep with fancy forms and policies and promises. Most seemed to best serve their interests, not mine.

The two small companies were represented by the guys who owned them and who would be there doing the work. No fancy forms or policies. Moving’s not rocket science after all. The company protecting its ass is, but not the moving part. Roger got the nod being slightly less expensive, but I was equally impressed with the other consignment-reccommended guy, Jake. 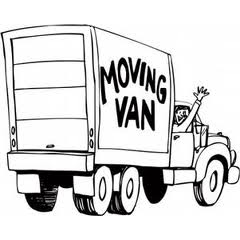 Small, friendly & personal is the way we went.

Back when I was young and moved all the time, I did it with a few pals and paid them in beer. In the last 30 years I’ve moved only four times using professionals. So I’m no expert. But going small this time worked for me.

Had something gone horribly wrong, I might have wished for the bigger company to go after. But the truth is, I think, that even then the way their policies are written you’ve really little recourse. If things go bad it’s going to be ugly, big company or small. You have to hope and trust that the guys doing the actual work are conscientious and careful.

Personally, I think the odds of chosing well are best served in meeting the guys doing the work rather than the salesman representing the company. It’s kinda like having some strong friends with a truck. Only you pay them in cash rather than beer.

« Homeless, and a bit on the strategy of dollar cost averaging
Swimming with Tigers, a 2nd chance on the Chautauqua, a financial article gets it wrong and I’m off to Prague »