This is getting to be hard.

2016 is the fourth year we’ve been doing this and will see us present the fifth and sixth Chautauquas come November.

I’ve written several posts now talking about how wonderful these things are. And, really, how many ways can I say it?

Below I’ll run thru the past ways, and in the process give you a bit of history as to how the Chautauquas came to be. But first let’s take a look at the most recent from last October, as perhaps best told by those who were there.

One of the key things attendees experience is the chance to meet and hang out with some very interesting people like themselves.

This year three banded together to produce a short 3-minute video on their experience. It is a beautiful overview, especially of the excursions around Ecuador and the community service project that are part of the trip.

Frequently folks not actually on the financial freedom path view it as one of dismal deprivation focused on denial of living life today to save money for tomorrow. That’s not what I see.

Looking at this video you’ll get a glimpse of what we really look like. Happy, engaged, energetic and certainly not deprived. These are people very probably much like you, and in terms of wealth they fall all along the FI path. FI expands life and makes it better.

You don’t have to be a blogger to attend, and most are not. But a couple were, and here’s their take:

“I might have traveled by myself on the way down to Ecuador, but on the way home I was part of one of the best groups of people I could’ve asked for.”

“You can hear the river rushing through the bottom of the valley if the birds aren’t being too noisy. We were up high enough we could see the clouds being created below us, and oftentimes around us as well.”

Chautauqua 2015: An FI Haven in Ecuador 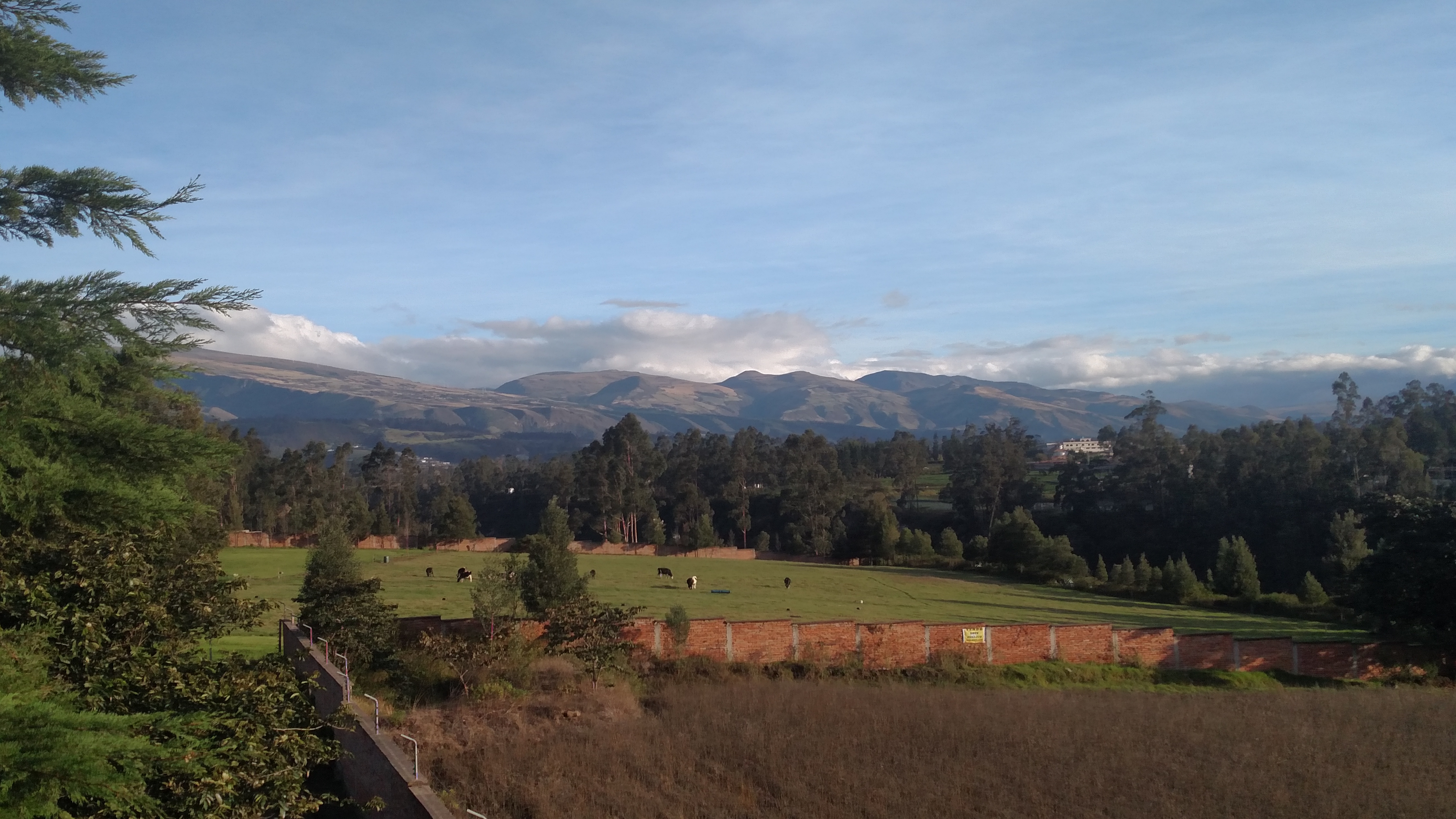 “He had lots of other great advice to offer as well…even if he did make fun of me for being distracted by a cow.”

“To be surrounded by such a supportive and encouraging group of people for an entire week…… I don’t know if I can describe the impact it had on me. It was literally life changing though.”

Lessons from the Chautauqua 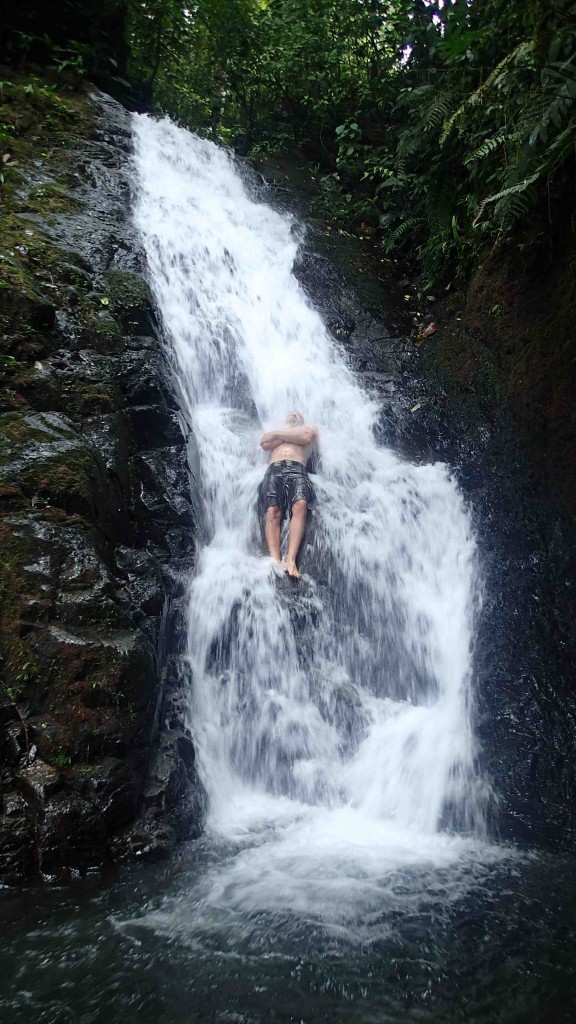 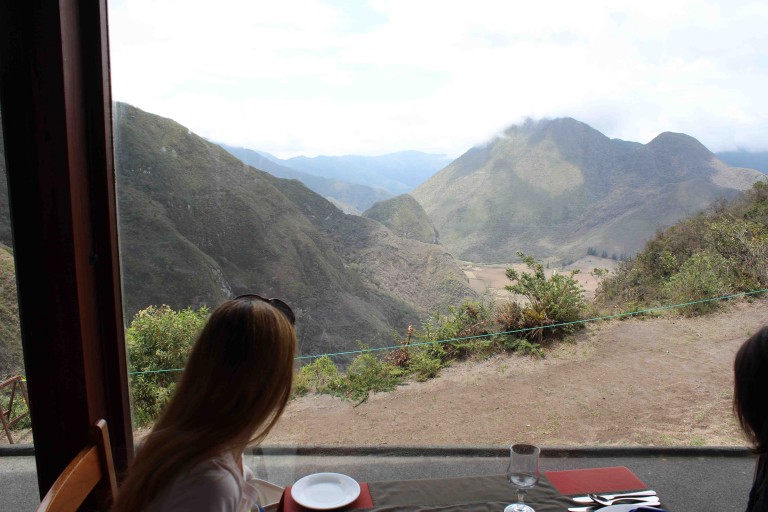 “Crazy thoughts started spinning in my brain. ‘What if we can’t find the group when we arrive?’ ‘Even worse, what if this is a scam?’”

“Everyone was at different stages along the path to financial independence and everyone was getting there or had already gotten there in a different way.”

“I was a bit insecure going into the Chautauqua that I didn’t have much knowledge to offer to the other participants versus what I would gain from them but two minutes with this group washed away that fear.” 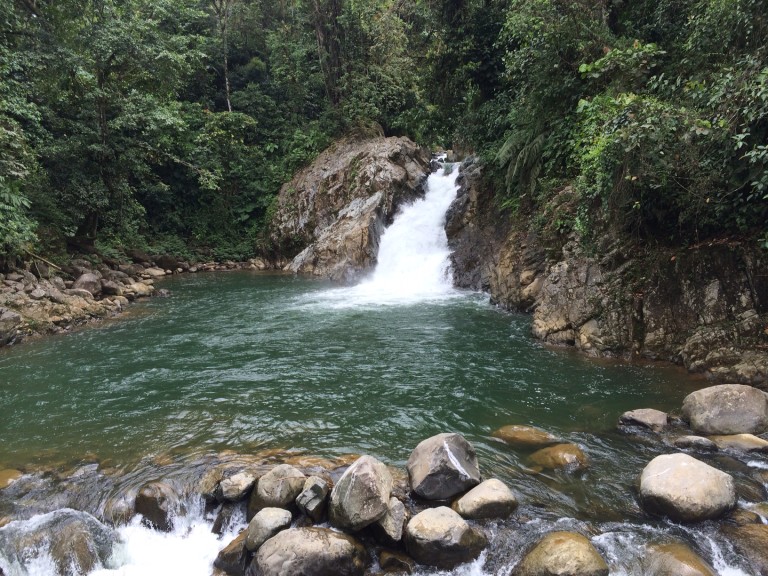 “…imagine spending a week of adventure filled days with people who are not only encouraging and non-judgmental, but who are of like mind; a place where you can share ideas and goals, fears and concerns, and smiling faces reply, ‘Me too.'”

“Was it valuable? Without question. Did it meet my expectations? Met and exceeded. Would I recommend it? If financial independence is a goal and you can attend in a fiscally responsibly way, then yes, yes I would.”

So that’s a taste of the Chautauquas just past. As promised, let’s take walk thru their history. 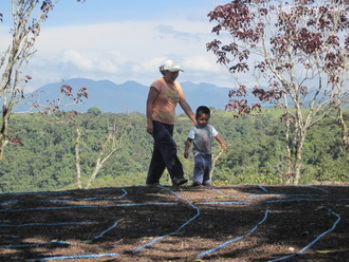 Meet me in Ecuador?

In October, 2012 I wrote the post above letting my readers know I was headed back to Ecuador to meet Cheryl and to discuss with her the possibility of creating these retreats. I didn’t yet know what to call them.

I promised to report back. 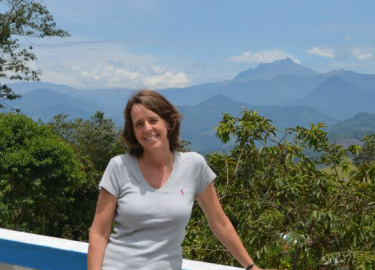 Meet Mr. Money Mustache, JD Roth, Cheryl Reed and me for a Chautauqua in Ecuador

Four months later, in February 2013, I did in the post above. In it I introduced the concept of a Chautauqua, and that old word as the name for this new event. Also introduced were the speakers and the agenda. A month and three days later it was sold out. These days it takes about a week.

Almost immediately, I began to worry. What if the people who come hate it? Worse yet, what if they are whiny complainypants and I hate them?

Oh well, at least the revenue from it would allow Cheryl to pay to rebuild a local family’s house destroyed in an earthquake. That’s it and them and us in the picture below. 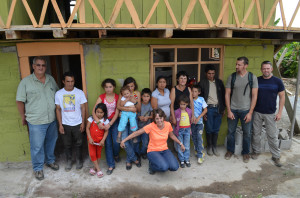 In September 2013 in the post above I recapped the adventure. Turns out I need not have worried. That first Chautauqua, and each one since, has attracted remarkable, interesting and engaging people.

What an amazingly diverse group it was. Not just in race and sexual orientation, although we enjoyed both. But in:

Since then the attendees have continued to be equally diverse and even more geographically extended. You might think such wide-ranging groups would be a recipe for conflict. You would be wrong.

By their own account, this had been one of the best weeks of their lives. Indeed, for many, the best.

Where was the magic? The activities, the speaker presentations, the one-on-one sessions, the resort or Ecuador itself? Nope, although all got rave reviews. What each attendee ranked at the very top was: “Each other.”

For the first time they got to spend a week hanging around with others who “get it.” That’s not something they experience in their day-to-day lives where walking this financial independence path makes you very much the odd one out.

The same has been true for each group since. 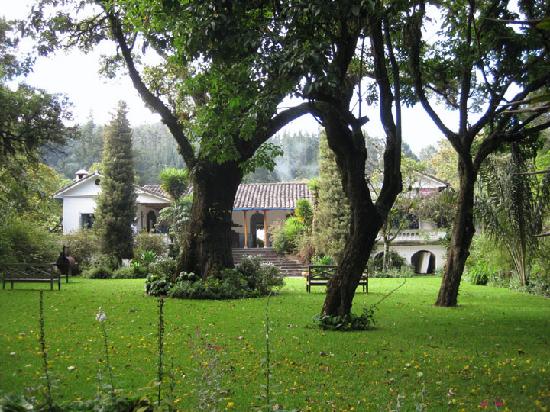 Clearly, this wasn’t destined to be a one time thing. In February 2014 I put up the post above announcing Chatauqua #2 scheduled for August of that year.

Worrier that I am, I immediately became concerned that #1 had been a fluke and that #2 couldn’t possibly measure up. 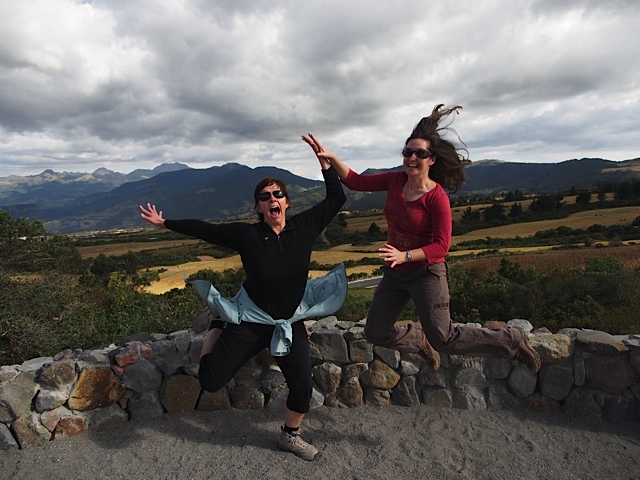 I was wrong and in September 2014 I had the happy task of reporting that lighting had indeed struck again. Looked like we were on to something here.

With demand growing, rather than dilute our guests’ experience by expanding attendance, we decided to offer two back-to-back for 2015: 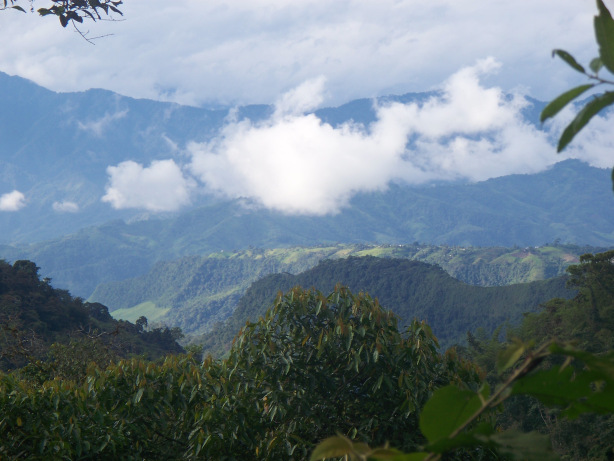 If you viewed the video and read the links at the beginning of this post, you know these were again a smashing success. So, again, for 2016 we are doing two back-to-back.

As before, attendance is limited to 25 so that these remain small enough to provide the chance for all of us to really engage with each other during the week. But this also means they sell out very quickly, so if you are interested you’ll want to register right now.

At Hacienda Cusin in Otavalo

Here are still other past takes on this event:

Hope to see you later this year in mi lindo Ecuador!

*These are affiliate links and should you chose to do business with them, this blog will earn a small commission.

Personal Capital special Valentine’s Day promotion: Any new user who signs up between Friday, Feb 5th and Valentine’s Day Feb 14th is eligible to win a free trip for two to Hawaii. That’s right. A free trip to Hawaii! The prize is $2000 for roundtrip airfare and $1000 for accommodations. Any new user is eligible, so long as you link an investment account. It doesn’t matter how much money you have — you just need to sign up and link.

Of course, you don’t want to do this just to enter a contest. That’s not the jlcollinsnh way! 🙂 But if you are thinking of giving them a try anyway, now is a good time. Good luck!

Come April we are planning to meet our daughter who is serving in the Peace Corp for about a week in Hawaii. We’re coming from NH and she from SE Asia so it seemed a good choice. Plus none of us have been there before.

If you have and you have some suggestions, please fill me in. Here’s what we are looking for:

We are not tourists in that we don’t feel the need to run around and see everything. We’d be looking for a beautiful spot with few people, a beach to walk and good restaurants to settle into for ~a week. If it was completely walkable, a short Uber ride from the airport and we could skip car rental, all the better.

Also, if someone there is willing to put together a reader meet-up, I’m game!

Check out my latest podcast, and the first where I get to ask the questions!

Scavenger Life with Jay and Ryanne

Last October I did a post on: Stockchoker.com (not an affiliate, just cool)

Unrelated, but here’s what I’m currently or have just finished reading and enjoyed:

If you are interested in income inequality, this poorly titled (should have been Unfettered Capitalism – more accurate and more descriptive) book is a great discussion of the pros and cons of our current system. Luttwak clearly has his own biases, but is remarkably evenhanded in presenting both sides.

Written in the late 1990s, it is a bit of a time capsule and fun to see how the past 20 years have actually unfolded.

Leave it to Psmith

“Crime not objected to.”

One of my favorite characters from a favorite author. If you like it, here are two more:

Jack Reacher roams around the country carrying only a folding toothbrush. When his clothes get dirty he buys new ones. Oh, and he kills lots of bad guys. “Make Me” is the most recent in the series, but not the best. That might be this one:

First line: “People do not give it credence that a fourteen-year-old girl could leave home and go off in the wintertime to avenge her father’s blood but it did not seem so strange then, although I will say it did not happen every day.”

Last Line: “This ends my true account of how I avenged Frank Ross’s blood over in the Choctaw Nation when snow was on the ground.”

How we came to be what we are, behave the way we do and believe what we believe. My favorite in this group.

Where people who live to be 100+ live, how they live and what they eat.

Bad monkeys are Sapiens that need killing, and Jane is on the job. If you are already paranoid, you might want to skip chapter: white room (iv)

Why the future might be incredibly good. Unless the grey goo gets us.

This might be the most enlightening and entertaining take on American history I’ve yet to read.

And here are some of my all time favorites:

The book that has most influenced how I live my life.

Deceptively simple, but really all you need to know about becoming wealthy.

“The Fall of Edward Barnard” is very possibly my all-time favorite short story.

Perfect for the readers of this blog.

“Bartleby the Scrivener” is very possibly my all-time favorite novella. Don’t be put off if you struggled with Melville’s “Moby Dick.” This is a much better and easier read. Plus it will teach you the most important phrase in the English language:

“I would prefer not to.”

*If you click on the books you’ll go to Amazon, an affiliate partner. Should you choose buy them, or anything else while you there, this blog will receive a small commission. This doesn’t affect what you pay.