You are here: Home / Life / What the naysayers are missing

Recently, some of my friends enjoyed a bit major media coverage. 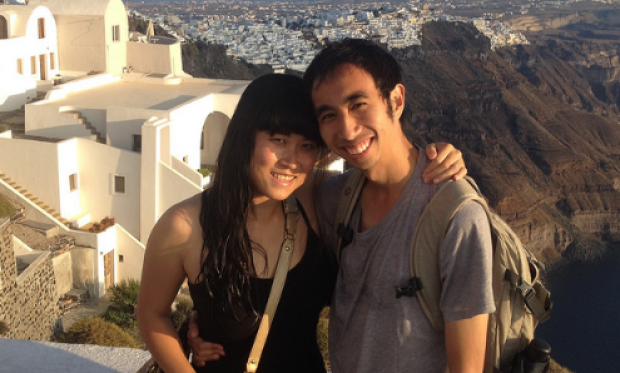 of Millennial Revolution were interviewed on TV and I love their last line:

“If you figure out money, life is incredibly easy. If you don’t, life is insanely hard.”

I like it so much it is now part of I could not have said it better myself. 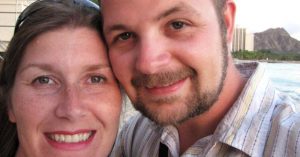 Predictably, the comment sections promptly filled up with vicious attacks and blind outrage. I say “predictably” as I’ve seen this happen every time to everybody who has shared their FI success story on an outlet that reaches the masses. Read a few and, like me, you’ll probably feel the need for a shower.

Every now and again I am asked what would happen if everybody followed the ideas in my blog, and others, became financially independent and stopped working at unfulfilling jobs. Wouldn’t the economy grind to a halt?

But a quick read thru those comments shows why I’m not worried about it. The vast majority of people are so used to their chains they refuse to even see them. The concept is outrageous and the idea that someone else has figured out how to throw them off, appalling.

Broadly speaking, the objections fall mostly into one of three categories: The media outlet is promoting a scam, they had unique advantages or they are lying.

The media outlet is promoting a scam

This, frankly, baffles me. What possible reason would there be? Instead, what amazes me is that these media run such stories at all.

Their revenue is based on advertising and following this FI path means for the most part rejecting tradional consumer spending. Not only is there no money to be made promoting these stories, there is money to be lost.

Show me a story on why everyone should buy a house, and I can point to scores of potential advertisers who will make money if you do.

Show me the stories on market trading strategies and the latest hot mutual fund, and I can show you the same.

But show me a story about people who save their money, invest in low-cost index funds and drop out to travel the world? Please.

Airlines? Hotels? The big money for them is in business travellers. You know, those folks who keep working away at their jobs.

They had unique advantages

Otherwise known as “poor me.”

“These people made more money, had better educations, didn’t have kids, don’t have my expensive lifestyle, got lucky with investments, plus it won’t last for them anyway and they’ll be left ruined (I hope!).”

Tragically, this gut reaction stops the thought process when a little further reading would have begun to reveal the path more clearly. Stories of people who’ve done it on less money, with kids and with remarkably simple investments.

You know what? He was right.

Listening to him total up his expenses for the multiple houses, cars, private schools, boats, divorces; $800,000 fell short. Barring some major lifestyle adjustments, Ken will never be financially independent.

I have another friend though, who is. He put two boys thru college, owns his house mortgage free and has never made more than $40,000 a year. While not specific to him, in Can Everyone Really Retire a Millionaire, I’ve written about how the math works.

Financial independence has two aspects: How much you have and how much you need. Once that is understood, it becomes clear why not all those with big incomes succeed and how those with small incomes can.

Perhaps those commenting on these articles genuinely have less than those being written about. Too bad it stops them from looking deeper. Because this, too, is true:

“But there’s also no doubt that many people, with fewer advantages than you, have overcome them to achieve much greater things”

Of course, in that these are people I know personally, I have the advantage of knowing their stories are true. Through my own blog and at our Chautauquas, I have met scores of others who’ve done it or who are well on their way.

I’m a very skeptical guy and I admire skepticism in others. There is a ton of horse-hockey and bull-pucky out there in the world of investing. That, however, is not at odds with being open to new ideas.

Coming on this whole FIRE concept for the first time and with no prior exposure, my alarm bells would definitely be set off. But I like to think I’d be intrigued enough to explore further. Maybe read their blogs and some of the others those lead me to. Investigate the details, and then decide.

Especially if I were in a soul-crushing job or just had ideas for better ways to spend my limited time on this planet.

I’m sure there are other objections buried in those comments that don’t fit my arbitrary categories. As I say, I can only read so many before starting to feel soiled. If you care to, point out those others you’ve noticed and how you’d respond in the comments below.

These articles in the larger media are great fun to read. But they cannot, and should not be expected to, provide the answer to every possible objection. Instead, they can offer a glimpse into a world of other possibilities. Most who read them will stay in their chains, smug in believing their hostile comments protect them from the better option passing them by. But a few will look deeper, and some of those will take the steps.

We’ll be waiting with congratulations and open arms.

On another subject or three…

Just about the time I released The Simple Path to Wealth, my pal Darrow released his second:

I’ve mentioned it in passing a couple of times already, but have been too busy to say much about it. During our summer travels, I threw my copy in my bag and had the chance to give it a nice, solid, leisurely read. Darrow does not disappoint.

To those who obsess over the slight potential failure rate of any given strategy:

“…complete financial failure is unlikely if the analysis shows a relatively low probability. Why? Because most sensible people are going to modify their lifestyle if the numbers start heading in the wrong direction. So the failure rate associated with a probability-based analysis is more a metric for the likelihood and severity of having to adjust your lifestyle, than it is a prediction for the odds of eating cat food later in retirement.” (italics mine)

Clear-eyed and on point.

Darrow and I don’t agree on everything. He holds gold and international stocks in his portfolio, I see the need for neither. He makes a case for annuities in some situations. I wouldn’t touch them. But this doesn’t matter.

What matters is, in each case and for every point in his book, he presents a well-considered and logical rational. In the end, should you choose to invest in, say, an annuity, you will have a very sound understanding of what they are, the many types you must absolutely avoid, the one type to consider and its shortcomings along with the roll you can expect it to play.

If you go to the Amazon page for my book, you’ll see that Can I Retire Yet is one frequently bought with it. For good reason, I’d say.

If you are retired, or thinking about retiring, trite though saying it may be, this is a must read.

Another book and a short video

How we humans came to be what we are is endlessly interesting to me. So when I came across this charming short video above, I immediately watched. Turns out it is based on one of my most favorite recent reads:

It is well known that the European arrival in the Americas brought diseases that decimated some 90% of the native populations. But why didn’t it work the other way, too? This short film illustrates

Why there were no American plagues to infect the Europeans

Here’s a great book that further explores this and other issues as to how and why history has unfolded as it has:

Most evenings I take the dog down by the river for a walk. Other than us, there are usually only the lovers, muggers and thieves; and few of them at that.

More recently, the park has been thick with zombies staggering about or standing in clumps slack-jawed and staring down at their mobile phones, the light of which reflects eerily up thru the dark and on to their vacant eyes and dead features.

I may have to start carrying a machete…

Addendum 1: From JD Roth over at Money Boss:

« Reviews of The Simple Path to Wealth; gone for summer
A visit to the Frugalwoods »