You are here: Home / Life / Why I will no longer be writing this blog

My ship has come in and I am riding off into the sunset. To mix a couple of metaphors.

If you are a fan, you are likely a bit shocked and disappointed. I am sorry for that.

…your prayers have been answered.

As for me, this is the result of splendid news and, for a select handful of you, it could be that too.

I have cracked the market timing code

For almost ten years now I have been telling you nobody, but nobody, can successfully time the market. I’ve mocked the very idea.

Oh, sure, some get it right once in awhile. I did back in 2013, ironically by creating a contest to prove it can’t be done.

But regular readers and listeners to podcasts I’ve been on, have also heard me say I actually achieved FI before I embraced index fund investing. I did it picking stocks and actively managed funds run by stock pickers. I’ve routinely confessed to having the “stock picking disease” and have talked about how addictive it is.

I’ve also shared with you that I have been investing since 1975. That’s 45 years and counting. Boy howdy!

I didn’t share this as it is a bit embarrassing, as is the search for anything that all evidence suggests isn’t there.

For the first three-plus decades I focused on researching the claims of those who said they had done this. None of those held up.

But then, slowly, I began to transition into working on my own market timing formulas and approaches.

For years, one after another, these crashed and burned.

The Holy Grail of Investing 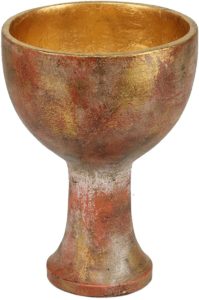 But, as Indiana Jones was told, you must…

“Choose wisely, for while the true Grail will bring you life, the false Grail will take it from you.”

No wonder it took me over 40 years.

I actually hit upon it in July 2018, but couldn’t quite believe it at the time.

Until, week after week, it began predicting the market’s moves with an uncanny accuracy. At first, I dismissed these results. Remember, on a fundamental level I didn’t believe market timing was possible, let alone that I’d be the one to crack the code.

Plus, it kept predicting the market would rise and, let’s be honest here, it had been doing that since 2009.

But as the weeks unfolded, the precision of the moves it predicted couldn’t help but impress.

By the end of November it was signaling a pending bear market for December. Even with all its success over the past serveral months, I found this hard to accept. After all, we hadn’t seen a real bear since 2007-9 and there was nothing in the news that looked like a trigger for one.

Indeed, I hadn’t put any real money to the test up to that point. It still just didn’t seem possible that my formulas were working, let alone so well.

Along with the rest of the world, I endured the bear and stayed the course. Just as my previous philosophy called for.

The bear got steadily worse and then, on December 19th the indicators called for a bottom before Christmas of 2450. This couldn’t be right. A bear market that came and went in less than a month?

But by now I was convinced, and determined to push all my VBTLX (bonds) into my VTSAX (stocks) on the 21st. But I didn’t.

I blame the Christmas rush and its distractions. Or maybe it was just my subconscious still resisting the idea. By the time I remembered, the market had closed. At 2417, only 28 points off the prediction.

But now I was fully convinced. Maybe not enough to tell the whole world (until deciding to write this post I’ve been on the fence about that) but enough to put my money up.

The system called the decline of May 2019 and I sold all my VTSAX late April, buying it all back just before the bottom May 31st. This included the VBTLX I had been holding.

From there I rode the rise to 3026 on July 26th when I sold, avoiding the drop to 2847 reached on August 23rd. The following Monday the 26th, following the system’s call, I went fully back into VTSAX and held it all the way until February 14th, 2020.

Then a major sell signal surfaced.

At that point, I almost didn’t follow the system. The drop it was now calling for seemed impossible: 35% by Friday March 20th.

I gave myself the weekend to think it over and on Tuesday February 18th (markets were closed that Monday for Presidents’ Day) I again moved out of VTSAX and into cash (VMMXX), now no longer bothering with VBTLX.

For several days nothing much happened, and I began to wonder if my system had somehow failed. But, then…

Well, we all know what happened then.

Then the system predicted last week’s (March 23rd) sharp rise, something I saw predicted no where else. Again, for a brief moment I doubted.

This call was for a rise so sharp it would be the best weekly increase since 2009. A prediction so unexpected, so bold, so definitive as to defy belief.

But this time I didn’t even hesitate. I followed it, to my great profit once again.

Many times over the years I have said, in the process of discounting the possibility, that actually being able to time the market would be a fiscal superpower. That was just a concept then.

Having now lived with this ability for almost 18 months, the increase in my net worth is staggering. Far beyond what I had ever imagined. Never suffering through a loss and never missing out on a rise…

…well, it speaks for itself.

You’ll notice the title of this post says nothing about market timing or this strategy. There are a couple of reasons for that.

The more cynical amongst you are probably saying to yourselves, “Ah, here it comes. The sales pitch for the market timing newsletter.”

Truth be told, I thought about doing just that. But then I realized that this system would begin to fail if it became too widely known. And, as the first few subscribers began to share their results, it would explode. I’m afraid I am not generous enough to risk losing my golden goose.

Still, I am not so selfish as to keep it only to myself.

So here’s what I have come up with: I will share this system with 20 individuals and those slots will be offered by auction.

Slots will go to the highest bidders and you can bid in one of two ways:

The second option is there just to ensure these spots don’t simply go to the richest of my readers. Oh, and if you chose to bid by net worth, know that you’ll be required to verify it.

With this system already well on the way to making me a billionaire, why am I bothering to charge for it? Simple: It has an awesome value I don’t want wasted on those unwilling to have major skin in the game.

For those of you who don’t have the chance to use my new system, I still leave you the next best thing: The Stock Series and The Simple Path to Wealth.

It has been a great ride, thanks for coming along.

How to handle your investments in times like these

We talked about this COVID-19 driven market and investing in general, and we took some live questions from their listeners.

Here are three books I’ve enjoyed while on virus lockdown.

I am an avid reader of both fiction and non-fiction, and find great value in both.

Over the years I have had some friends brag that they only read non-fiction, not wasting their time on fiction. This, to me, is short sighted and shows a lack of understanding what good fiction really is.

Basically it is an imaginary tale but, done well, the facts and setting around it are well researched and sound. That information, being wrapped in a memorable story, is more easily and permanently learned.

We have been swapping tales, and learning lessons from them, since the times we sat around the fire at our cave’s entrance eating delicious meals of woolly mammoth stew.

Until recently, I hadn’t come across any FI fiction. But these two from Dave and Chana Mason are just that, and they are both page turningly good.

Non-fiction, of course, still has its place and this is a good one from Leisa Peterson…

In it she explores the psychological and spiritual side of money. I’ve read other books out there that try and fail on this score. It is, like fiction, tough to do well. This book does it very well indeed.

All three of these books taught me new things and gave me new perspectives on things I already know. Maybe they will for you, too.