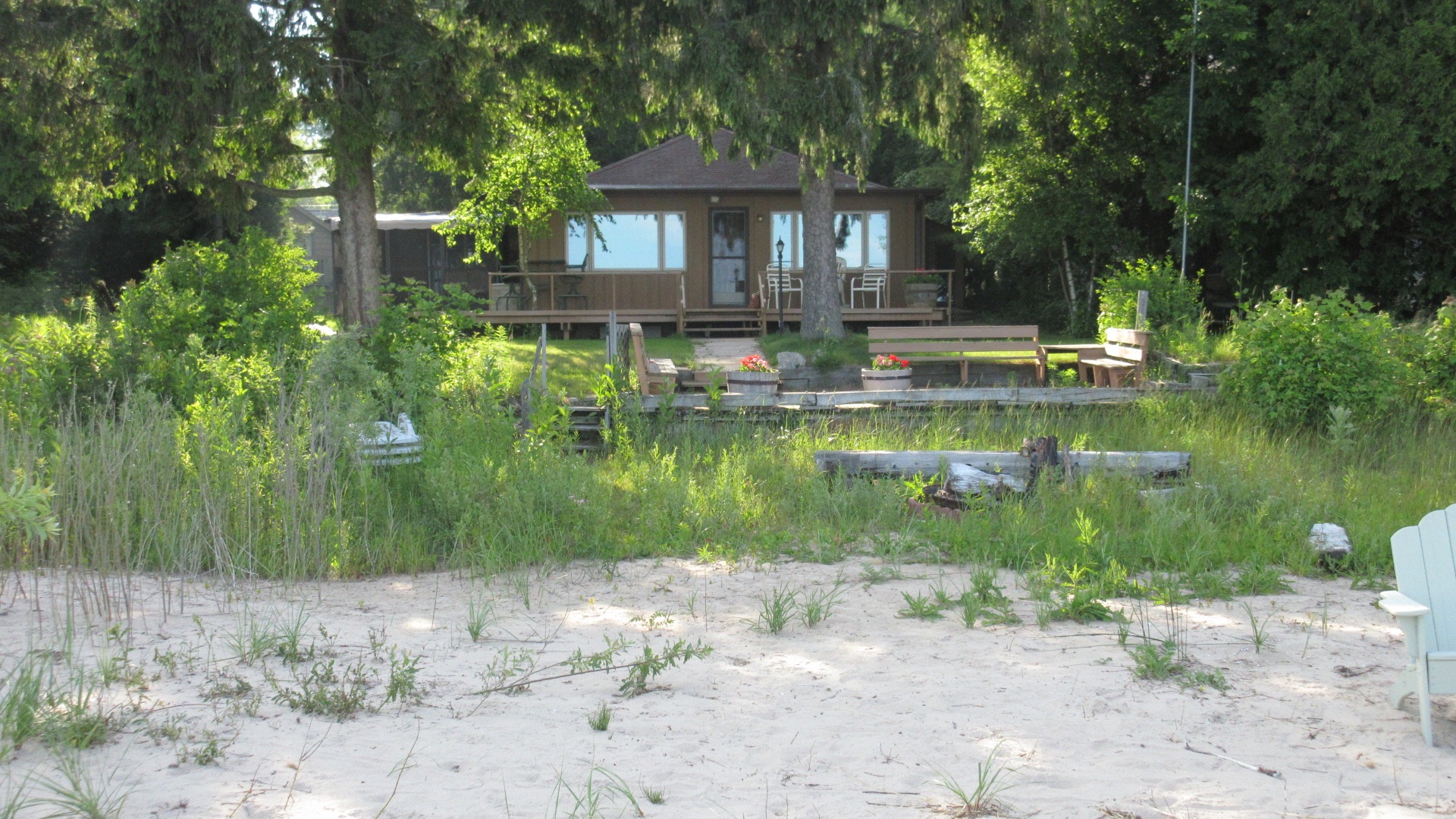 Of course, it is not about the house. It is about this: 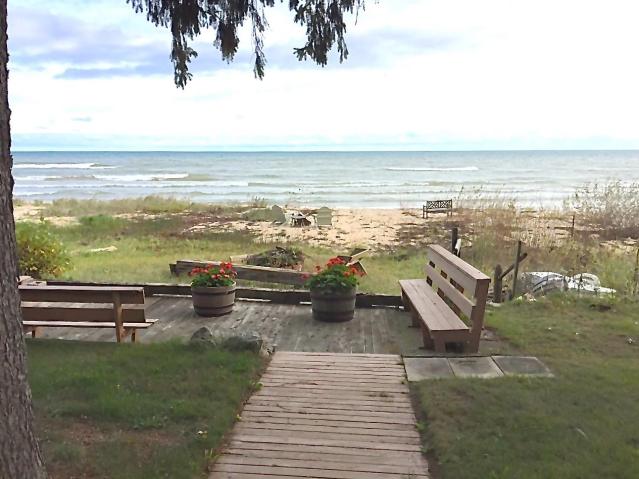 Having the occasional Bald Eagle drop by doesn’t hurt… 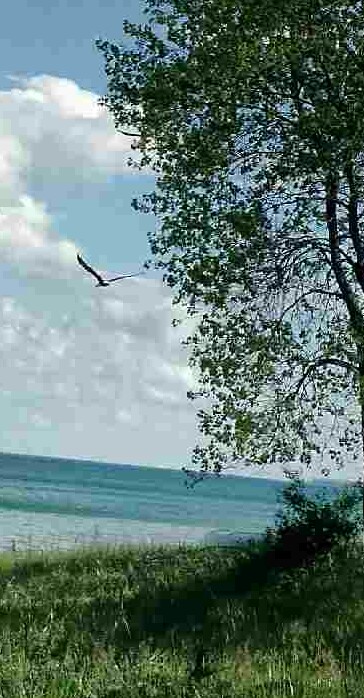 But wait. Aren’t I the guy who preaches against owning houses? Well, I guess when you publish posts like…

Why Your House is a Terrible Investment

**You also attract comments like this most recent one from fff:

“For someone who’s made enough money to buy his freedom from employers, he looks terrible. The opposite of Dorian Gray.”

My real opinion is somewhat more nuanced, as readers who go beyond that one post already know. It is, for instance, worth contemplating where you are regarding Roots vs. Wings and you should always Run the Numbers. Later I’ll share with you my thinking on both those issues in regards to this place.

In short, I am not against homeownership. I am against blindly believing the real estate industry propaganda that owning is always, or even commonly, a good investment. It might be, but probably not. So run the numbers and see. Most often you’ll find a house is an expensive indulgence. And that’s OK.

I even put my seal of approval on this little gem Mr. 1500 Days picked up recently…. 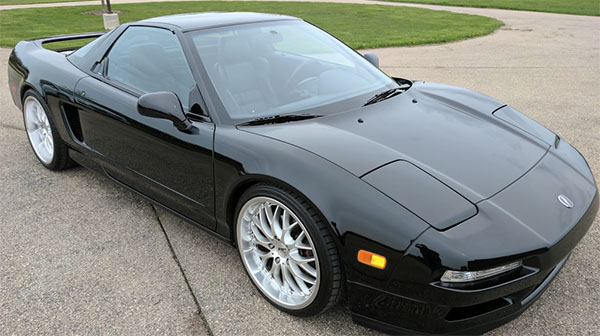 Aided and abetted the process no less, as described here. Or you can listen to him tell it here, where he gives me barely a mention and no credit at all. Not that I’m sensitive.

No, I am not opposed to expensive indulgences. Indeed, the whole point of reaching FI is to expand our options. And, as I say in my Manifesto:

“Life choices are not always about the money,

but you should always be clear about the money choice you are making.”

So this beach shack is my indulgence. And what a personal fit it is:

Since I have no skills or interest in doing home repairs…

…of course I bought a place with a bad foundation. And septic system. And roof. Not to mention the plumbing and electrical issues and the beautiful field stone fireplace that is about to fall down. Along with some other stuff.

Since I have no skills or interest in running an Airbnb…

…of course I bought a place ideally suited to being an Airbnb.

But, did I mention it is on the beach? 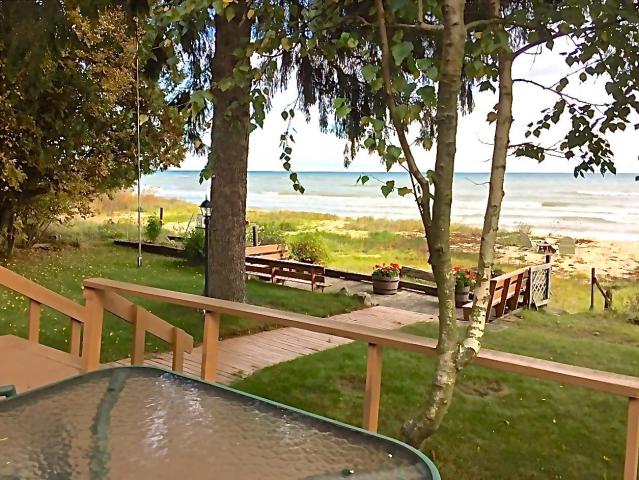 It is like being on the ocean sans the hurricanes and tidal waves, and nothing in there will eat you. Plus, you can drink it.

How we came to be looking

Back in the early 2000s, my wife’s sister, Jo, and her husband bought a house on the beach just about a mile south of this one. A couple of years later they bought the one next to it, along with the empty lot between. The result was a lovely compound they generously shared with family and friends. They call it Shamba.

We went up for stays a few times in those early years, but we never lived conveniently close and so fell out of the habit.

Then, about seven or eight years ago we returned. Driving back home we both agreed that this was one of our favorite places in the world and wondered why we didn’t take more advantage of it. Since that time, we have returned every year for stays ranging from 3 to 5 weeks depending on what we could get consistent with the other family members who wanted to use it.

Every year we left wishing we could stay longer and return more frequently. But as graciously generous as my in-laws have been, when we start talking about staying there 2 months in the spring and two months in the fall they start to balk.

I know, right? Damn unreasonable of them. But there you are.

A couple of years back we started looking at houses on the lake in a very casual, well-maybe-someday-but-we-really-don’t-want-to-own-a-house-again, sort of fashion. Many were beautiful, most were more money than we wanted to tie up.

Of course, we explored the rental option. But those were all only short-term vacation-style arrangements and stupid expensive.

This past spring we were back in residence and took up the search once more. As always, with the idea this was just market research and amusement for some future possibility. After all, when our lease runs out at the end of August, we were looking forward to our “year of hotel living” and reducing our belongings to our old jalopy and a couple of suitcases.

We spent an amusing few afternoons looking at beach-front property, further getting to know the market and speculating how this one or that one might work. If and when the time came that is, which would be at least a year from now. Likely more.

Then Jo sent us the listing for this one. At 350k it was the lowest priced place on the beach we’d yet seen, and by 150k at that. We called Mike, our long suffering realtor, and asked about it.

“You don’t want to bother with that one,” he said. “It has a bad roof, a bad foundation, a bad septic system; and that’s just to start.”

“Sure we do,” we said, thinking only it would be useful to see what the bottom of the market looked like.

…roughly translated means “shack on the lake” and is our working name for the place.

It has been said you should buy a house that looks bad but that has good bones. This one, other than the disaster of a roof, looked fine – move in condition actually – but with seriously bad bones.

On the other hand, while the lot was on the small side at 1/3 of an acre, it was nicely situated and fairly private. Plus there was 75′ of beach frontage and access to miles more in both directions.

The house itself is nicely laid out with two bedrooms, two baths, an open living area and lots of windows taking in the view, all in ~1200 sq. ft.

Behind the house, next to the dirt road it is on, is a detached garage. On top is a finished loft with a compact, but full, kitchen. It is reached up a short stairway just inside a door on the side of the garage. On the first level, immediately upon entering and to the right, is a full bath.

The original cottage was built in 1939. Back in those days this was all farm land and the lakefront was considered wasted space as it became too sandy for crops. Every once in a while, some farmer would throw up a shack on the lake as a getaway. Such places never had heat, let alone AC, and their builders probably figured if it lasted 20 years they were doing well.

This might be the reason they didn’t bother to sink the original foundation below the frost line.

Fast forward ~80 years thru a series of owners and you wind up with a place that has had multiple fixes and additions, mostly just to keep it going another decade or so, and not always done to the highest of standards.

Over the years, this place had the lakeside porch enclosed for all season living, an addition built over the well (!) that is now the spare bedroom and an addition expanding the master bedroom built on a wooden (!) foundation that is now bowing in.

Someone also added a heating system, a very good thing. In the process, to run the ductwork, they cut out a three foot chunk of the beam running the length of the house and supporting the floor joists. A considerably less good thing.

We left with the listing sheet, an estimate to fix the bowing foundation wall for ~37k, a letter from the county warning that the septic system had been reported as “deteriorating” and an inspection report done for a previous potential buyer who ran screaming for the exits. It reads like a Stephen King novel; only scarier.

Lying in bed that night I realized, at the right price, this was a great opportunity for somebody.

Somebody who knew how to do, or get done, construction work.

Somebody looking for a lucrative part-time job running an Airbnb.

In short, somebody other than me.

In the next couple of posts I’ll share with you how the negotiations went down, what the plan is going forward and we’ll run the numbers.

Plus, I’ll reveal the real reason we bought the place.

Here’s the newest, and very cool, addition to the jlcollinsnh calculator page:

Originally published in 1933, this is the story of the mythical Shangri-La.

And, of course, my own work is now available as an Audio book

« Is there an interior designer in the house?
Time Machine and the future returns for stocks »